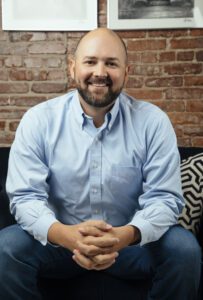 Premier Parking is excited to announce the promotion of our team member, William Clay, to the position of Chief Operating Officer within our organization. William has been a part of the Premier family in some form or fashion since 2010. He began his time at Premier leading the accounting department and quickly worked his way up to the role of Chief Financial Officer. After a move to Dallas, TX, he took the company’s west coast portfolio by storm while serving as Vice President – West, executing company growth strategies in numerous markets.

William’s experience within his roles at Premier have prepared him well to run a successful operation from beginning to end, regardless of size or type of operation. He possesses exceptional interpersonal and leadership skills, a deep understanding of what goes into the day-to-day operations of various types of parking facilities, and an undeniable dedication to not only his team, but each and every one of Premier’s clients.

In his new role of COO, William will lead Premier’s operational and growth objectives by developing client relationships and spreading growth initiatives with a goal to ensure operational excellence and consistency across all Premier-managed locations throughout the nation.

What did you want to be when you grew up?
MLB player. Catcher for the Rangers, Mariners or Yankees.

What was your first paying job?
Mowing lawns. A job I started in junior high and had all of high school and into college.

While mowing lawns, if someone told you that someday you would be COO of a parking company that employs over 1,700 people and manages over 113,000 parking spaces throughout the country, what do you think your response would have been?
Ha! Probably that I wanted some of whatever they were smoking.

How are you feeling about your big move to Nashville?
We’re excited. Both my wife and I went to undergrad and grad school here, and then lived here for several years after that, so it’s fun to come back – especially to a city that’s changed as much as Nashville has the past several years. It’s familiar and new all at the same time.

What is one lesson you’ve learned that you’ll always carry with you throughout life?
Work hard, be humble, and do the right thing. Everything else seems to work itself out. No limit to the amount of good you can do if you don’t care who gets the credit.