At Premier Parking, our commitment to exceptional customer service is one of the strengths that sets us apart. We are extremely proud to have so many leaders and team members who consistently go above and beyond for not only our clients, but also every guest encountered on a daily basis.

One recent example of going above and beyond happened recently at our West Florida Hospital location in Pensacola, Florida. Our Site Manager, John Burnett, was helping the valet attendants on the front of the hospital, when his Emergency Room Ambassador, Sam, came to find him.  Sam stated that there was a patient in the Emergency Room Lobby very emotional and causing a disturbance.  Sensing that this was more of a security issue, John immediately contacted security and headed to the Emergency Room Lobby.  When he arrived, John immediately recognized the emotional patient in the wheelchair.  Her name was Natalie, and she was a patient who regularly uses valet.  John went to her and began talking to her to find out why she was so upset, which helped calm her down.  Natalie stated that she was on her way to the hospital when her car ran out of gas, so she called an ambulance to pick her up and take her the rest of the way to the hospital.  She was trying to get her prescription faxed to her, and wasn’t sure how she was going to get home.  She was scared and very upset, and felt like no one was helping her.  She also stated that she was hungry, so John wheeled Natalie to the cafeteria and purchased food for her.  He called his Greeter, Lauren, to come to the cafeteria, where she stayed with Natalie while John went to help with her prescription.  He went back to the Emergency Room where he picked up her written prescription that had been written for her. 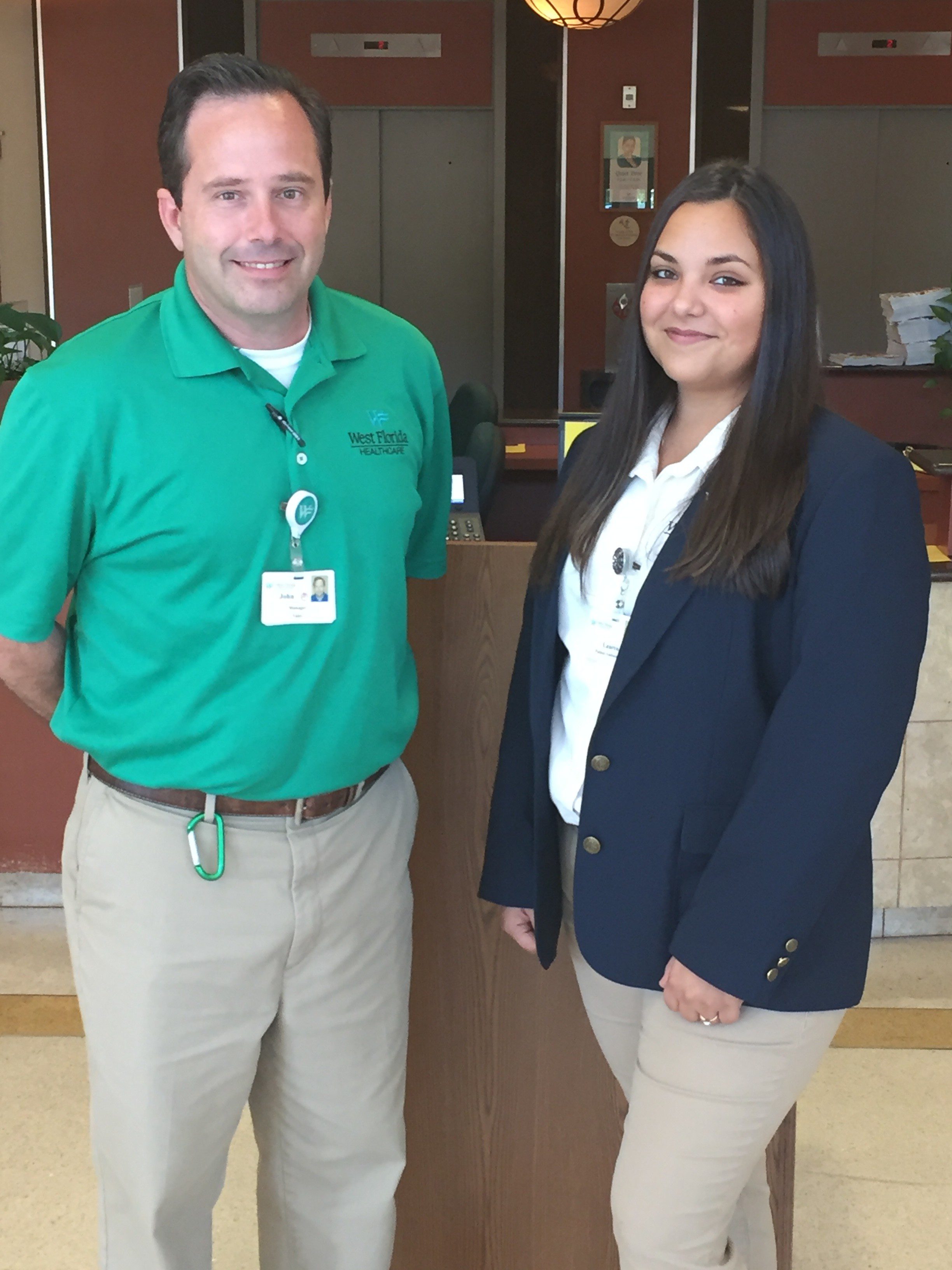 John then pulled his car around to the entrance, and he and Lauren drove Natalie to get a gas can and some gas. After they put enough gas in her car to get her to a gas station, John and Lauren followed her to the gas station and filled her car up.  She became very emotional again and hugged both of them, telling them how thankful she was, and how glad she was that they were there for her when it seemed like no one would help her.

This is just one example of going above and beyond for one of our customers, and we’d like to recognize both John and Lauren for taking the time to diffuse a situation through communication, compassion and empathy. They both are true, shining stars in our company!