Premier Parking and Regional General Manager, Zachary Boyd, have been selected to receive awards by the Employer Support of the Guard and Reserve (ESGR).  Both were nominated for the awards by Dustin Wilborn for the treatment and support he received while battling the devastating wildfires in Gatlinburg, TN during November – December 2016.

The first in ESGR’s series of awards is the Patriot Award. An employee serving in the National Guard or Reserve, or the spouse of a Guard or Reserve member, may nominate individual supervisors and bosses for support provided directly to the nominating Service member and his or her family. The Patriot Award reflects the efforts made to support citizen warriors through a wide-range of measures including flexible schedules, time off prior to and after deployment, caring for families, and granting leaves of absence if needed.  Patriot Awards are awarded to individual supervisors, not to an entire staff or organization.

The Above and Beyond Award is presented by ESGR State Committees to recognize employers at the local level who have gone above and beyond the legal requirements of the Uniformed Services Employment and Reemployment Rights Act by providing their Guard and Reserve employees additional, non-mandated benefits such as differential or full pay to offset lost wages, extended health benefits, and other similar benefits. The award is given in limited numbers by State Committees to employers who have had at least one of their supervisors/managers recognized with a Patriot Award, and who have signed or agree to sign an ESGR Statement of Support. State Committees are authorized maximum discretion in considering an Above and Beyond Award for Patriot Award nominations of smaller firms, those with no individual supervisors specified, and other similar situations.

Premier Parking was presented the Above and Beyond Award and Zachary Boyd received the Service Member Patriot Award on Friday, May 19th, at 10:00 a.m. at Hilton Hotel Downtown in Knoxville, TN. 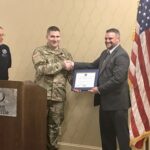 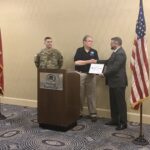 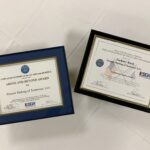