Another New City for Premier, New Role for our Nashville Area Manager 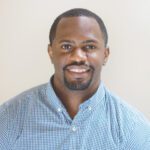 Premier Parking is excited to announce its expansion into the St. Louis, Missouri market and the equally anticipated promotion of a great employee, Mr. James Baker!

Premier entered the St. Louis market as the new Operator/Manager of the C9 Garage, located at 915 North 9th Street. The garage contains approximately 730 parking spaces and is uniquely positioned to support the downtown convention center, hotel customers, and the Edward Jones Dome stadium. Customers of this garage can expect to enjoy many improvements to the facility during 2016. Planned improvements to the facility include a thorough power-washing, brighter and more efficient LED lighting, new equipment and signage, reinforced perimeter fencing, fresh striping, elevator upgrades, and the industry’s new remote monitoring technology.

In addition to the C9 Garage, Premier will operate a 375 space surface parking lot located at 500 South Broadway, directly across from the Busch Stadium, home of the St. Louis Cardinals. Premier plans to resurface and restripe the parking lot, as well as install additional lighting and new state of the art automated pay stations. The new pay stations will provide customers the added benefit of being able to pay with cash, debit card, or credit card.

When deciding upon the person who the company wanted to lead day to day operations in St. Louis, Premier had several aspects to consider, and our entire team was thrilled when James Baker, previously one of three Nashville Area Managers, accepted the position of General Manager.

James Baker started with Premier in August of 2014 as an Assistant Night Manager in Nashville, TN, which is where he was born and raised, and he hasn’t stopped running since. He has since held the positions of Account Manager and Area Manager, where he remained quintessential in the success of some of our most challenging parking operations in Nashville. Since 2014, and at every level, James has made a name for himself, exceeding expectations on a daily basis in many ways, so when Premier had the opportunity to promote one of their stars onto the next level, the senior management team in Nashville knew James was the perfect candidate.

The “Cardinal Lot”, which is the company’s latest real estate acquisition, is an ideal choice for Busch Stadium parking and is within walking distance to the St. Louis Arch. We plan on hosting various fan appreciation days on the lot, with fun giveaways to thank our loyal customers! Needless to say, GO CARDINALS!!